Dream came true - my student is a champion!

I was out for vacation, travelling across Africa while we had Nail Esthetic Life competition in Moscow. I wish I could be there but my vacation was planned way before I knew about this championship.

I was sitting in a hotel lobby and checking my phone every five minutes. None. Two students of mine were competing that day. Then I went to dinner when my phone finally rang.

That night I could barely sleep as I was so excited.

When I became a judge of nail competitions I signed a papers that I’m not allowed to compete inside Russia anymore, only international. That means I could never win any local championship and represent Russia abroad.

But my current goal is not only to succeed as a nail technician but as an educator. I realized that even though I can’t become a champhion technically. My students can. It was seven years ago.

I never knew it would happen so fast. I am more than happy and proud to announce that my student Ksenia won Grand Prize (total points) and two first places in Manicure and Gel polish competitions. Grand Prize for total points also includes a trip and participation in Cosmoprof nail competition in Hong Kong.

Keep working on your dreams and they will come true! 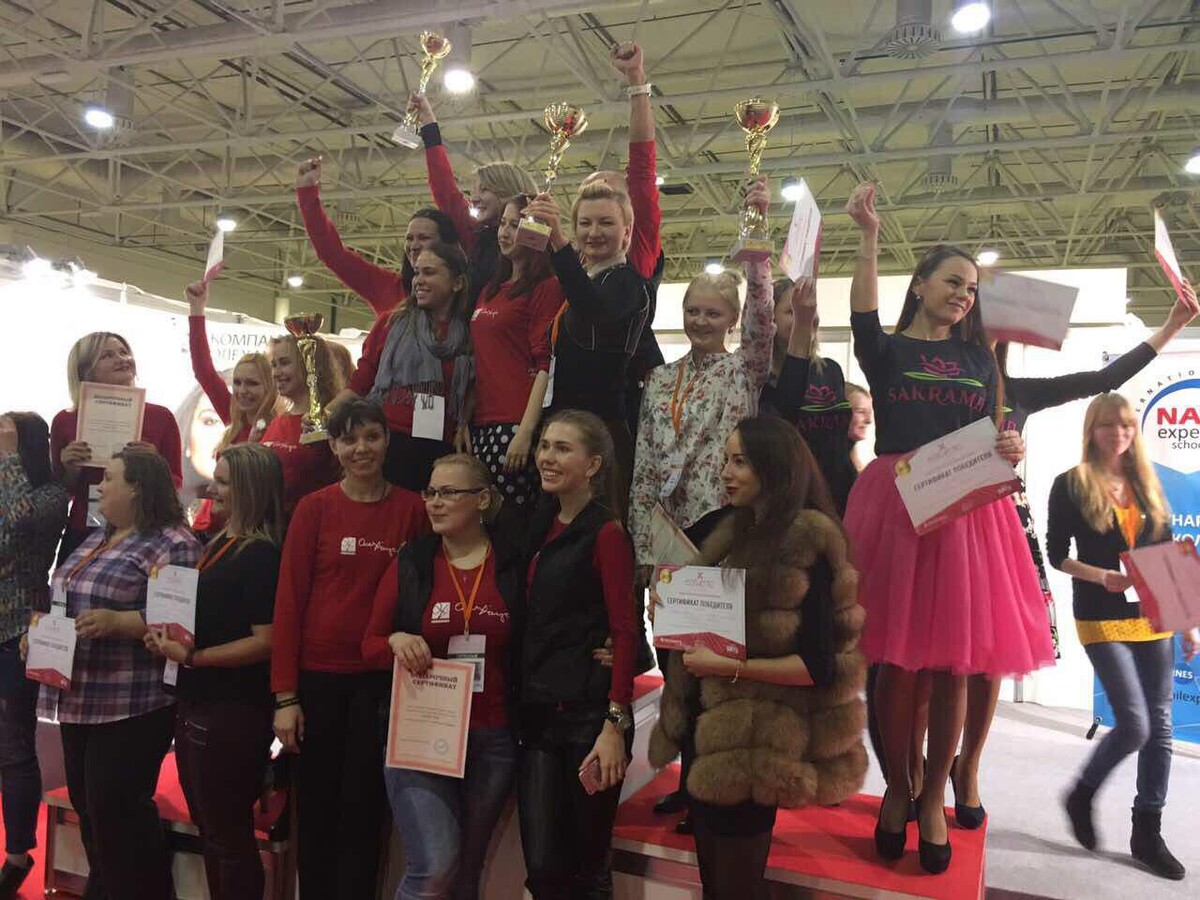